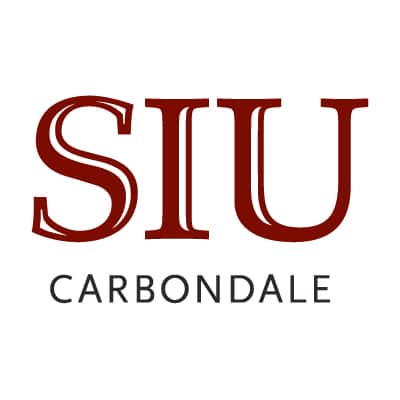 Prior to 2011, Southern Illinois University (SIU) Carbondale was in a position to which many institutions can relate: Processing their annual 1098-T tuition statements was costing them an inordinate amount of time, money, and staff hours. The university was spending $25,000 every year on contracting a third party to produce and mail out the forms to their students. Five members of their staff were involved in prepping their data for the contractor, a process that took about two months. In 2010, SIU resolved to bring the 1098-T processing in-house, but they needed to find a way to do it using the products and staff they already had.

Fortunately, SIU had been an Evisions customer since 2009, and they knew that they could use FormFusion to process 1098-Ts in-house with substantial savings in time and cost. Not only would the staff required to process the forms go from five people to one, but the prep time would go from a couple of months to a couple of weeks. And of course, taking the third party out of the equation would save the university over $20,000 every year. So how does a software tool, which SIU was already relying on in their Registrar and Law School offices, make such a big difference?

Well, for starters, FormFusion interacts directly with SIU’s Banner® by Ellucian database, guaranteeing that the forms use the most complete, most current information. In addition to offering a full suite of design tools—so users can make Banner output look however they’d like—FormFusion also has the option of using pre-built templates, available from the Evisions CO-OP User Community.

For SIU, that meant implementing this solution was simply a matter of downloading the 1098-T template and telling FormFusion to populate the forms with their students’ data. The university didn’t have to spend a dollar to get this new system up and running, since SIU already owned FormFusion.

The switch to FormFusion made it quite painless for SIU to leave behind their third-party contractor, which also meant they could eliminate the middle step of preparing their student data for export. In previous years, it took a five-person team the better part of two months to prepare their data for the third-party company. It was a laborious process, assembling, testing and exporting all of their data into a format their contractor could work with. But since FormFusion pulls the student data from Banner directly, SIU’s new process was so drastically simplified that a single staff member was able to prepare and send out all of the 1098-Ts in just a few weeks.

In January 2011, SIU sent out 26,000 1098-T statements to their students, much like any other year. Except this time, instead of taking five staff members two months and $25,000, the whole process was accomplished by one person in 2-3 weeks for the cost of postage – less than $5,000. Just by switching to FormFusion, SIU was able to save over $20,000 a year. And the following year SIU distributed 1098-T tax forms electronically thus saving the postage cost.

SIU has been very satisfied with the success of their new 1098-T process. In fact, the experience has served as an impetus to expand their efforts to automate more document-generation processes across campus. The 1098-T processing by SIU using FormFusion has greatly reduced staff time and been a tremendous cost savings for the institution.

Once I saw the savings from E-billing, I knew that taking 1098Ts online would be my next big project. I was so excited to pitch the proposal to my director. With her immediate blessing and in less than a year, 1098Ts were online and we’ve never looked back! Prior to FormFusion, we outsourced our 1098Ts…by using FormFusion, we were able to bring the process back in house for better control,and we saved money!

Having my 1098T form online has been one of the greatest things ever! It is so convenient to be able to print duplicate copies of my form for my parents at no extra cost as well as be able to see each individual charge that my box 2 number includes. Also, having all of my billing statements online is super convenient! Being able to access the statements helps me as well as my parents because we do not have to wait for the postal service or run the risk of it getting lost! Having all of this information online, I believe, is one of the greatest things universities can do and am so glad that Southern Illinois University does!
Gabe Herbst